Photographing mushrooms
This is a presentation Howard Goltz created for fellow MMS members with mushroom photo techniques and criteria for our annual photo contest.

The importance of fungi and mycology for addressing major global challenges
“The time is right to make the world aware of the immense importance of fungi and mycology for sustainable global development, where land, water and biological materials are used in a more efficient and more sustainable manner. This is an opportunity for profiling mycology by narrating the role played by fungi in the bioeconomy. Greater awareness and appreciation of the role of fungi can be used to build support for mycology around the world. Support will attract more talent to our field of study, empower mycologists around the world to generate more funds for necessary basic research, and strengthen the global mycology network. The use of fungi for unlocking the full potentials of the bioeconomy relies on such progress. The fungal kingdom can be an inspiration for even more.”

Medicinal Mushroom Science: Current Perspectives, Advances, Evidences, and Challenges
Article by Dr. Solomon P. Wasser. Abstract:
“The main target of the present review is to draw attention to the current perspectives, advances, evidences, challenges, and future development of medicinal mushroom science in the 21st century. Medicinal mushrooms and fungi are thought to possess approximately 130 medicinal functions, including antitumor, immunomodulating, antioxidant, radical scavenging, cardiovascular, anti‑hypercholesterolemic, antiviral, antibacterial, anti‑parasitic, antifungal, detoxification, hepatoprotective, and antidiabetic effects. Many, if not all, higher Basidiomycetes mushrooms contain biologically active compounds in fruit bodies, cultured mycelium, and cultured broth. Special attention is paid to mushroom polysaccharides. The data on mushroom polysaccharides and different secondary metabolites are summarized for approximately 700 species of higher hetero‑ and homobasidiomycetes. Numerous bioactive polysaccharides or polysaccharide–protein complexes from the medicinal mushrooms described appear to enhance innate and cell‑mediated immune responses, and exhibit antitumor activities in animals and humans. Whilst the mechanism of their antitumor actions is still not completely understood, stimulation and modulation of key host immune responses by these mushroom compounds appear central. Polysaccharides and low‑molecular‑weight secondary metabolites are particularly important due to their antitumor and immunostimulating properties. Several of the mushroom compounds have been subjected to Phase I, II, and III clinical trials, and are used extensively and successfully in Asia to treat various cancers and other diseases. Special attention is given to many important unsolved problems in the study of medicinal mushrooms.”

Petunia points the way to better harvests: Understanding plants’ relationships with helpful soil fungi
“Most plants live in symbiosis with soil fungi and are supplied with water and nutrients as a result. Based on the petunia, plant biologists have now discovered that a special transport protein is required to establish this symbiotic relationship. The targeted control of this protein could lead to greater harvests.”

Plant welfare is improved by fungi in soil
“A team of biologists has discovered how plants use fungi to help them to gather vital nutrients from the soil. The researchers found that a protein, known as a proton pump, at the interface of fungus and root cells energises cell membranes creating a pathway into the plant cell for nutrients such as phosphorus. The research may point the way to the development of higher yield crops using plants’ own organic tools rather than fertilizers.”

How does white-nose syndrome kill bats?
“Scientists have developed, for the first time, a detailed explanation of how white-nose syndrome (WNS) is killing millions of bats in North America, according to a new study. Scientists hypothesized that WNS, caused by the fungus Pseudogymnoascus destructans, makes bats die by increasing the amount of energy they use during winter hibernation.”

Working toward a North American Mycobiota — what’s stopping us?
Tom Bruns calls for citizen scientists to create a specimen-based mycoflora of North America: “without a specimen, it’s a rumor.”

A poisonous cure
“Take two poisonous mushrooms, and call me in the morning. While no doctor would ever write this prescription, toxic fungi may hold the secrets to tackling deadly diseases.”

Bacterial slime: It’s what’s for dinner
“If it were the end of the world as we know it, we’d be fine, according to Michigan Technological University professor Joshua Pearce.”

Why do mushrooms turn brown?
“The research team of Annette Rompel from the Institute for Biophysical Chemistry, University of Vienna explore the mechanisms behind the “browning reaction” during the spoilage of mushrooms. The researchers were able to demonstrate that the enzyme responsible is already formed prior to fungal spoiling.” 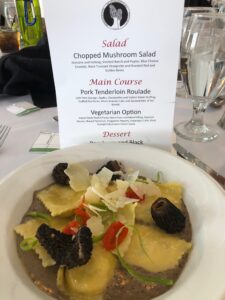 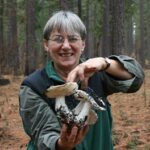 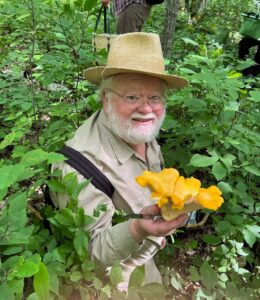 Spring Mushrooms with Old Men of the Woods This will be a hybrid In-person/Zoom meeting.  Attend in person on the U of M St. Paul campus or watch live with Zoom. Peter Martignacco current MMS president,...

There are no upcoming events.